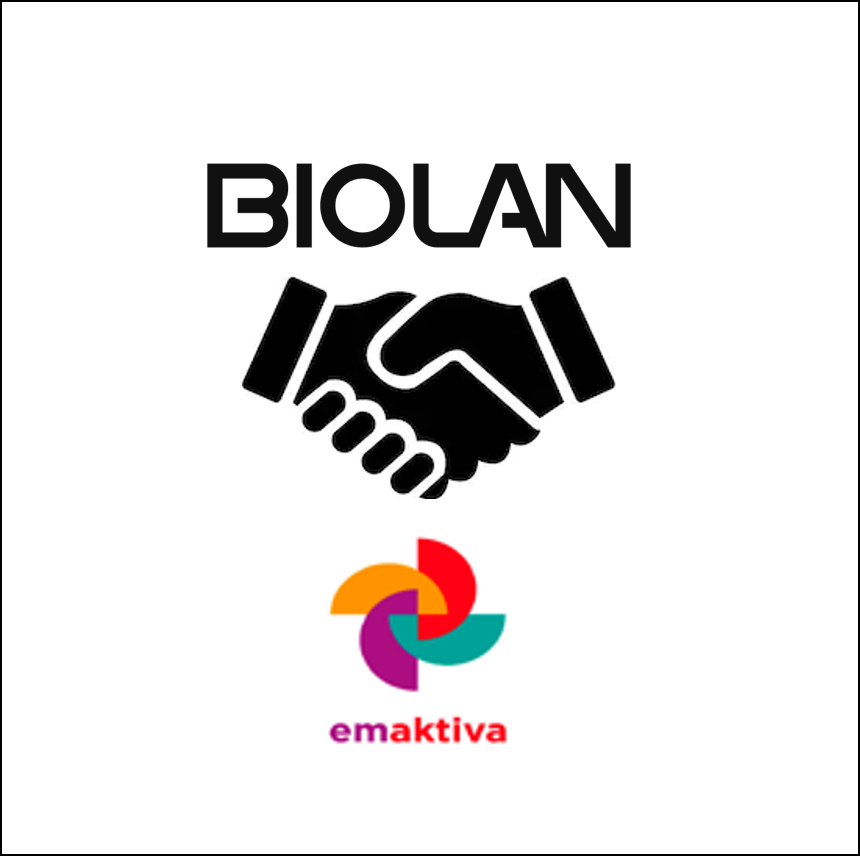 BIOLAN has signed with EDE FUNDAZIOA a collaboration agreement for in the framework of the EMAKTIVA initiative to work on the promotion of equality of men and women in highly vulnerable groups, and simultaneously betting on the achievement of the Sustainable Development Goals.

EMAKTIVA was born as an experimental project of socio-labor inclusion promoted by EDE Fundazioa. Since their birth in 2016, more than 300 women from different situations have been integrated: poverty, gender-based violence, migrated women, (alone or with minors and/or dependents), belonging to ethnic minorities, long-term unemployed, without qualification and/or women who face discrimination for any other personal or social circumstances. Women with few social networks, disconnected from spaces of social participation and with a clear absence of community identity.

This project is co-financed by Lanbide, the Department of Employment, Social Inclusion and Equality of the Provincial Council of Bizkaia and the Operational Programme of the European Social Fund 2014-2020 of the Basque Country.

BIOLAN with the aim of continuing to contribute our grain of sand in social responsibility and equality, we have signed this cooperation agreement in concrete different forms of collaboration: from the dissemination of the agreement itself, to the promotion, support and dissemination to promote among the staff of BIOLAN actions of corporate volunteering of socio-labor insertion of women in situations of social vulnerability, pursue the development of actions that facilitate the hiring of women of EMAKTIVA; with profiles potentially demanded by BIOLAN, and the promotion of new projects and activities that develop from EMAKTIVA to promote equality between men and women in companies.